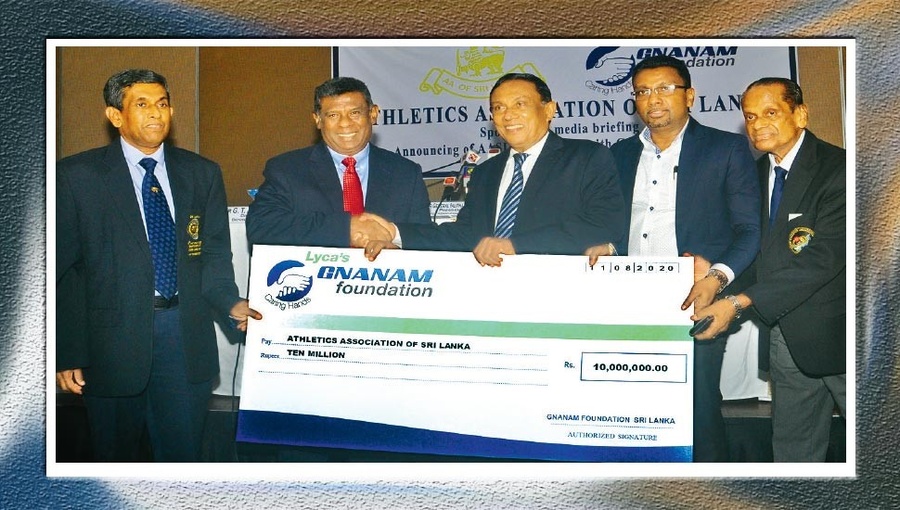 Colombo, Sri Lanka, August 12, 2020: Sri Lanka Athletics has received a shot in the arm with a Rs. 10 million (US$55,000) sponsorship package which officials believe can take the sport to the next level.

Sri Lanka’s athletic team stunned regional power India at last year’s South Asian Games in Nepal by securing 15 gold medals and beating their big neighbour into second place in the sport for the first time since 1991.

The outcome of that performance was an increased profile with even the country’s President Gotabaya Rajapaksa sending a special congratulatory message. But on Tuesday, August 11, there was a more tangible reward with Lyca Mobile Gnanam Foundation coming forward with the financial boost.

The President of the Athletics Association of Sri Lanka, Major General Palitha Fernando, welcomed the corporate backing and said the funding would be used for national athletics meets, athletes’ development and to provide competition kit and equipment for athletes.

Sri Lanka had high medal hopes at the Asian Junior Athletics Championships, which were due to be held in May this year in Bangkok but were cancelled due to COVID-19.

Also following success in Kathmandu, selected athletes had been earmarked to take part in qualifying events for the Tokyo 2020 Olympics. This too has been put on hold.

Fernando said the lockdown had come as a blessing in disguise, as it gave time for injured national athletes to recover. The Athletics Association of Sri Lanka will hold national trials in October.

Sri Lanka’s only two Olympic medals have come in athletics – Duncan White winning the silver medal in the men’s 400m at the 1948 London Games and Susanthika Jayasinghe winning silver in the women’s 200m at the 2000 Sydney Olympics.