Asia Rugby: Cambodia is back in business 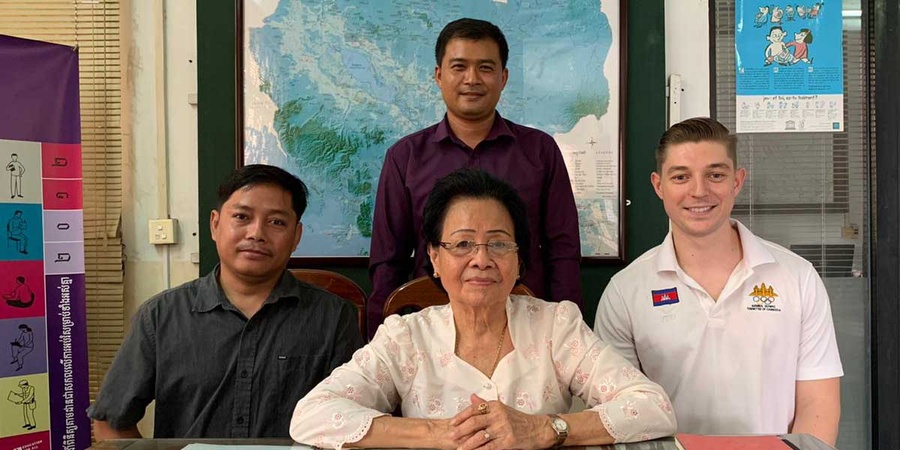 The top team at the Cambodia Federation of Rugby. © Asia Rugby

Phnom Penh, Cambodia, August 11, 2020: July 8 marked an historic day for the Cambodia Federation of Rugby (CFR) as it was announced the nation would regain its associate membership within Asia Rugby.

CFR President Madame Tan Theany believes the achievement is recognition of the tireless efforts made to developing rugby within the country in recent years.

“Returning to Asia Rugby has been the CFR’s main goal for the past four years,” she said.

“We have been working hard at youth, senior and administration levels to make sure we fulfill all the conditions to once again become part of Asia Rugby.”

Ms Theany emphasised the dedication of the entire working team at CFR who share in this significant milestone.

“The team has worked tirelessly to make this happen and now it has paid off,” she said.

“We know that this membership will bring many positive resources and benefits to Cambodia so that we, as the Federation, can promote and develop the sport of rugby in the most effective way.”

Ms Theany believes focus will now shift to providing players, coaches and officials an established pathway to progress the sport within Cambodia.

The President stated that partnerships with the National Olympic Committee of Cambodia, Ministry of Education and Non-Government Organisations would aid in this process and allow CFR to achieve its goals.

Ms Theany hopes that a strengthened relationship with Asia Rugby will result in CFR’s inclusion in international fixtures and assist in its plans to compete in the 2023 SEA Games in Phnom Penh.

“I would like to thank our Ministry of Education, Youth and Sports, the National Olympic Committee of Cambodia and the President of Asia Rugby, Mr. Qais Abdulla Al Dhalai,” she added.

“Without their strong and endless assistance, the CFR may not have been able to achieve this dream of rejoining Asia Rugby.”