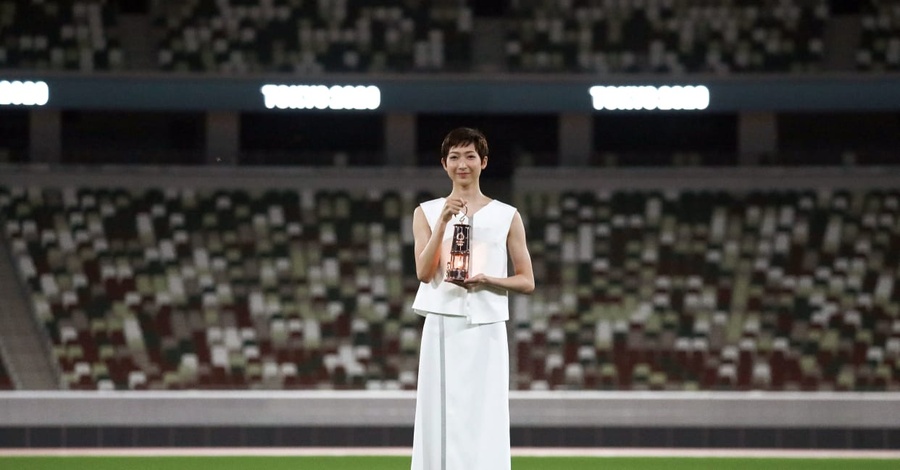 Rikako Ikee poses with a lantern containing the Olympic flame at the Olympic Stadium in Tokyo on July 23. © Pool via Reuters

Tokyo, Japan, August 11, 2020: Asian Games 2018 MVP Rikako Ikee is set to return to competition in Tokyo at the end of this month, according to Kyodo News.

The 20-year-old Japanese swimmer, who was diagnosed with leukemia in February 2019 just six months after winning six gold medals and two silvers at the 18th Asian Games in Jakarta, will enter the women’s 50-metre freestyle on August 29.

The meet has been sanctioned by the Tokyo Swimming Association and will be held at the Tatsumi International Swimming Centre.  It will be her first race since January 2019.

Ikee, a student at Nihon University, was considered a contender for multiple medals at the now-postponed 2020 Tokyo Olympics but her cancer diagnosis put everything on hold.

She was released from hospital in December after 10 months of treatment and said on social media she had set a goal of competing in the 2024 Paris Olympics. In March, she announced that she was back in the pool for the first time since her cancer diagnosis.

Ikee delivered a speech at an event marking the start of the one-year countdown to the Tokyo Olympics on July 23.