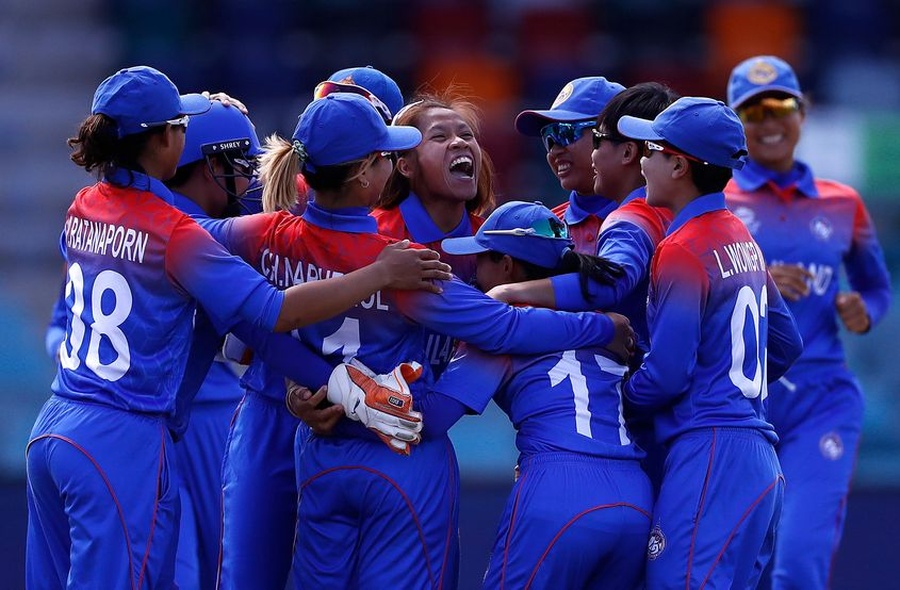 The International Cricket Council is the global governing body for cricket representing 105 members, including 92 associate members.

ICC ASSOCIATE MEMBER WOMEN’S PERFORMANCE OF THE YEAR – Winner Cricket Association of Thailand for their crucial and thrilling two-run win against Ireland in the ICC Women’s T20 World Cup Qualifier in August 2019.

ICC Emerging Player of the Year for 2019 Chanida Sutthiruang took three wickets for 14 runs in her four overs and leg-spinner Suleeporn Laomi claimed 3-17 after Thailand had posted a modest 92.

Sornnarin Tippoch, Thailand captain, said: “We are extremely proud and humbled to be receiving this award. We would like to thank all involved in giving us this recognition. We will continue to work harder and challenge ourselves to put Thailand on the global stage.”

The Typhoon Hagibis Recovery Project was an opportunity for the Japan Cricket Association to give back to the home of cricket in Japan.

On October 12, 2019 Typhoon Hagibis devastated Sano City, with more than 2,600 homes and many industries severely damaged together with four out of the six cricket grounds in the city.

The cricket community in Japan contributed cleaning supplies and tools, 38 days of work by more than 300 volunteers and ongoing assistance for two months by JCA staff. The Sano International Cricket Ground has now become a designated heliport in the case of any further emergencies to help the recovery efforts.

Naoki Alex Miyaji, CEO, Japan Cricket Association, said: “I would like to thank all of the support extended to the city and the people of Sano. Also, I would like to congratulate all the volunteers from the cricket community who came to Sano and showed extraordinary solidarity to the population of the city.”