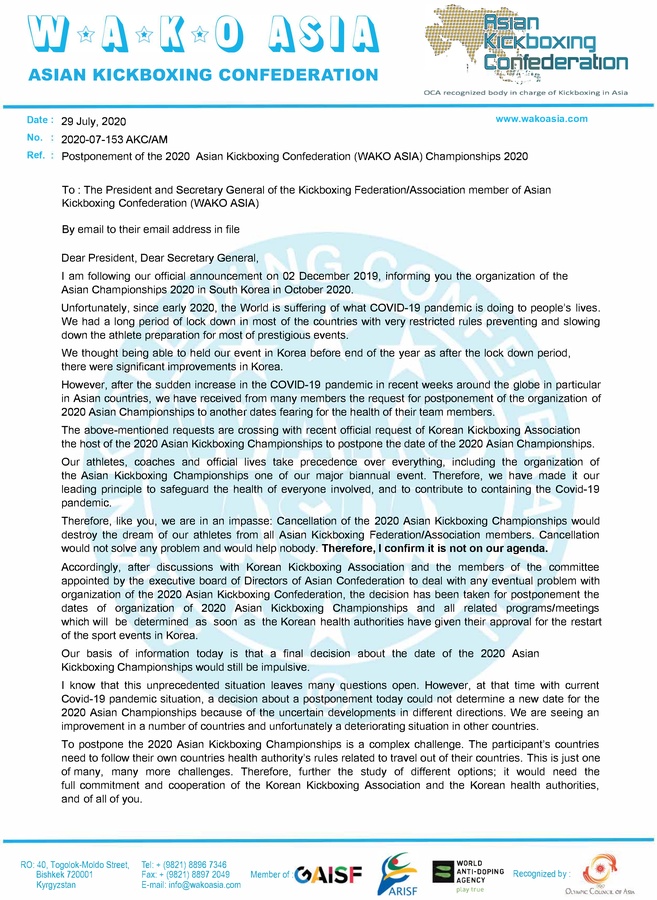 They were due to be held in Korea this October with the cooperation of the Korea Kickboxing Association (WAKO Korea) but have been called off due to the safety concerns of athletes.

Nasser Nassiri, President of WAKO (World Association of Kickboxing Organisations) Asia, said: “The health of our athletes, coaches and officials takes precedence over anything else, including the organisation of the Asian Kickboxing Championships - one of our major biennial events.”

He added that the event had been postponed to help contain the spread of COVID-19, and that cancellation was out of the question.

“Cancellation of the 2020 Asian Kickboxing Championships would destroy the dreams of our athletes from all Asian Kickboxing Federation/Association members. Cancellation would not solve any problem and would help nobody. Therefore, I confirm it is not on our agenda,” he added.

President Nassiri said the decision had been taken jointly by the Korea Kickboxing Association and WAKO Asia. The situation will be reviewed when the Korean health authorities have given their approval for the restart of sports events in Korea. 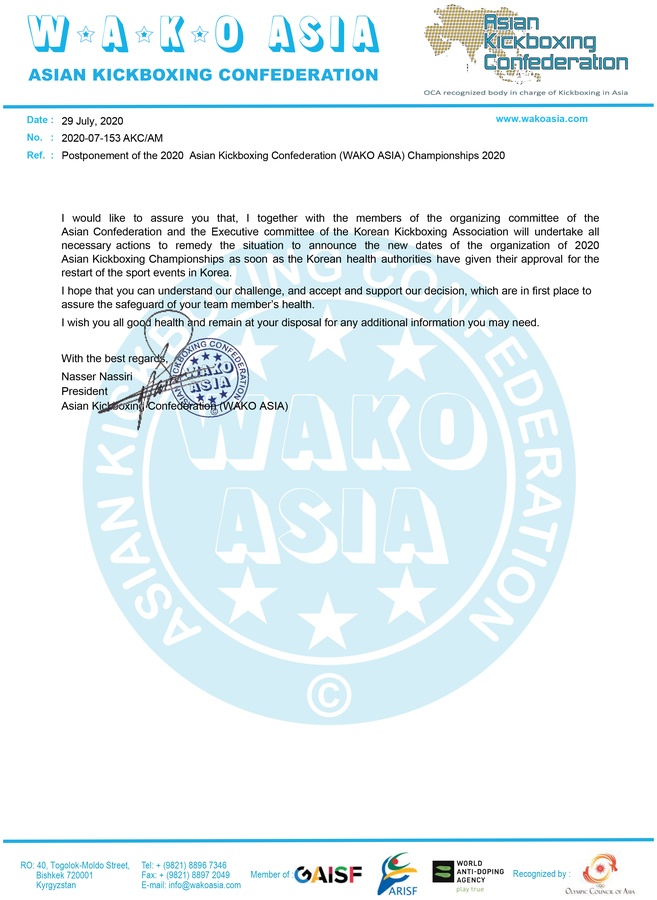