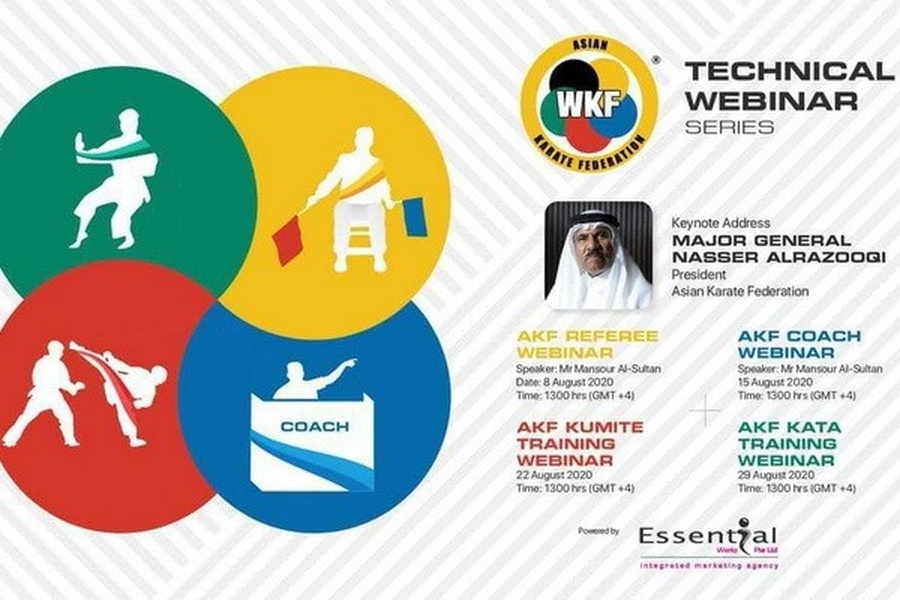 Four webinars have been planned by the governing body for karate in Asia in August and the National Karate Federation of Uzbekistan has indicated that it will take part in all of them.

Major General Nasser Al Razooqi, President of the Asian Karate Federation, will give a keynote address at the start of the webinars. Mansour Al Sultan will be the speaker at the judges' and trainers' seminars.