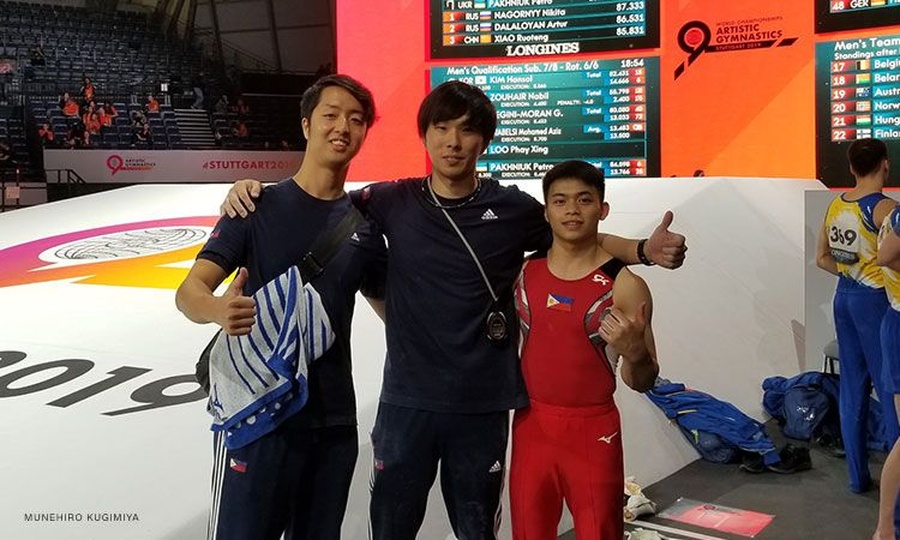 He is the second Filipino to book his ticket to Tokyo after placing 18th overall in the 49th Artistic Gymnastics World Championships in Stuttgart, Germany, the Philippine Olympic Committee confirmed.

Pole vaulter Ernest John “EJ” Obiena became the first Filipino to book a spot for next year's Olympics after eclipsing his personal record in a tournament in Italy last month.

The 4-foot-11 dynamo Yulo arrived in the German city early last week from Tokyo, together with his Japanese coach, Munehiro Kugimiya, to adjust to the cool weather.

Gymnastics Association of the Philippines (GAP) President Cynthia Carrion had been quietly confident that Yulo - a GAP protégé since he was seven years old - would perform well here and emerge as the country's second Olympic qualifier after pole vaulter Obiena.

"Caloy has undergone extensive training in Japan for over two years now under coach Mune and has had a lot of international exposure before going to the worlds," Carrion told ABS-CBN News.

"So we are praying very hard that he will do well here and qualify for the Olympics," she added.