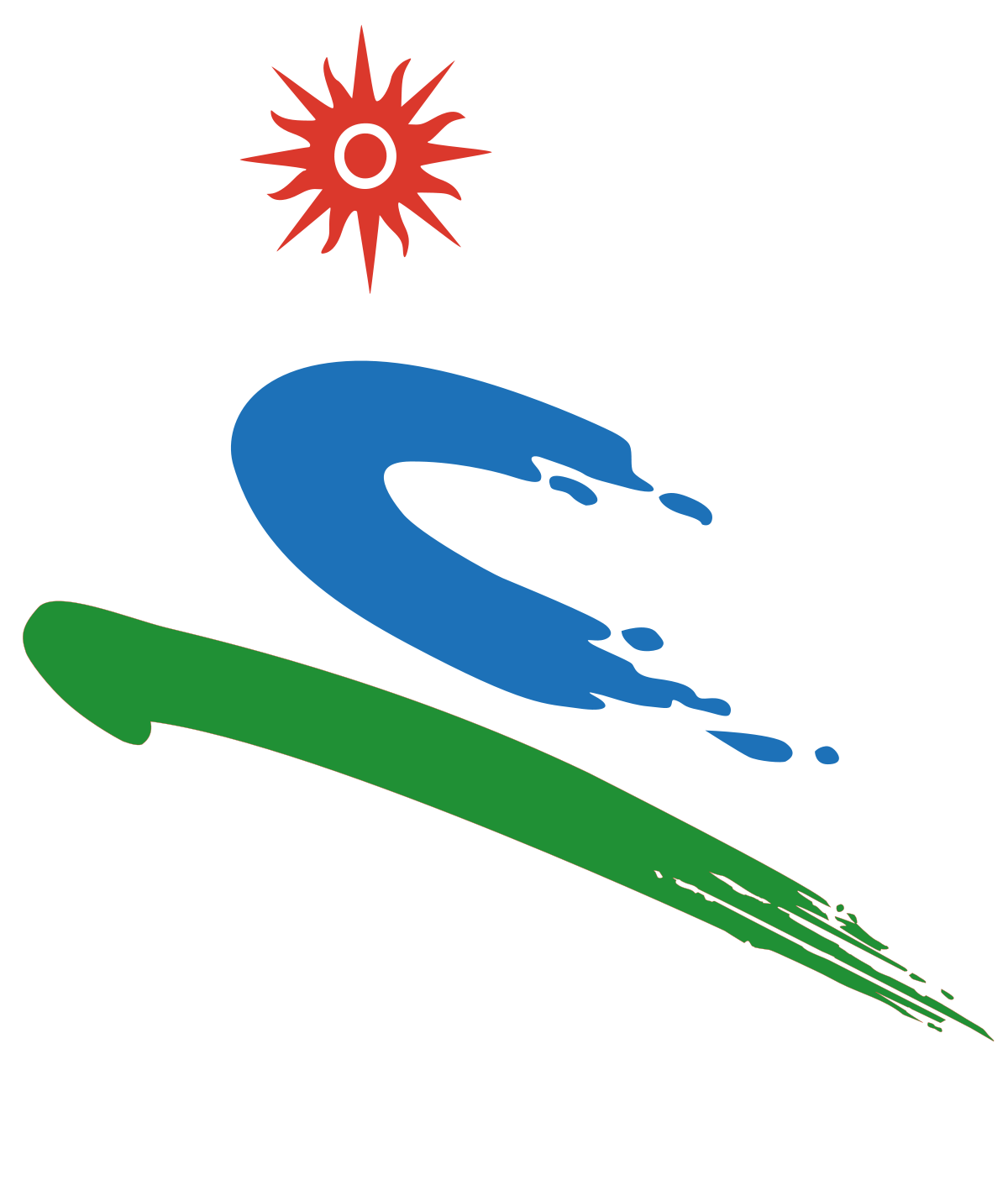 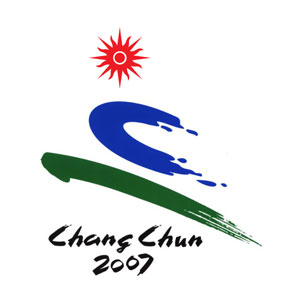 Combining the movements of a ski jumper and a short-track speed skater, the emblem of the 2007 Asian Winter Games consists of two Chinese calligraphy strokes.

The blue C-shaped stroke calls to mind the first letter of Changchun and represents the city's characteristic as the "city of ice and snow" and "city of science and technology".

The bottom green stroke symbolizes peace ("friendship first, competition second") and represents the city's characteristic as the "city of spring beyond the Great Wall" and "city of the forest".

The emblem presents an image of "change with each passing day" and "the hawk takes to the vast sky."