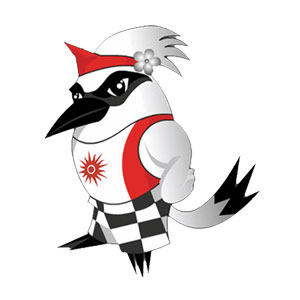 The Starling was on the verge of near extinction with little numbers remaining in Bali Barat National Park.  In 1999, the Begawan Foundation, set up by the creators of the Begawan Giri Estate in Ubud, imported two pairs of the starling to commence the conservation efforts of this important bird.  Since then, the Begawan Foundation – Bali Starling Conservation Project has been very successful and has set a significant mark in wildlife conservation by achieving the highest Bali Starling breeding rate in captivity.

The birds were moved to the neighboring island of Nusa Penida where, in collaboration with FNPF’s Nusa Penida Bird Sanctuary, the first release of the birds into the wild was planned.  Working together with 35 traditional councils, a local traditional law “awig-awig” was implemented to regulate and sanction the protection of all birds on Nusa Penida.