The 2nd West Asian Games were initially expected to be organised in Qatar in 1999, but due to unforeseen circumstances, the Games were not held.

The Games were then expected to be held in Lebanon in 2001, but were then cancelled and relocated to Kuwait.

Iraq did not participate and no competitions were held for women. The nations competed in nine sports: Aquatics, Athletics, Basketball, Fencing, Football, Gymnastics, Handball, Karate and Squash. 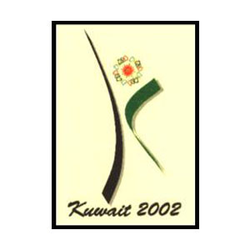