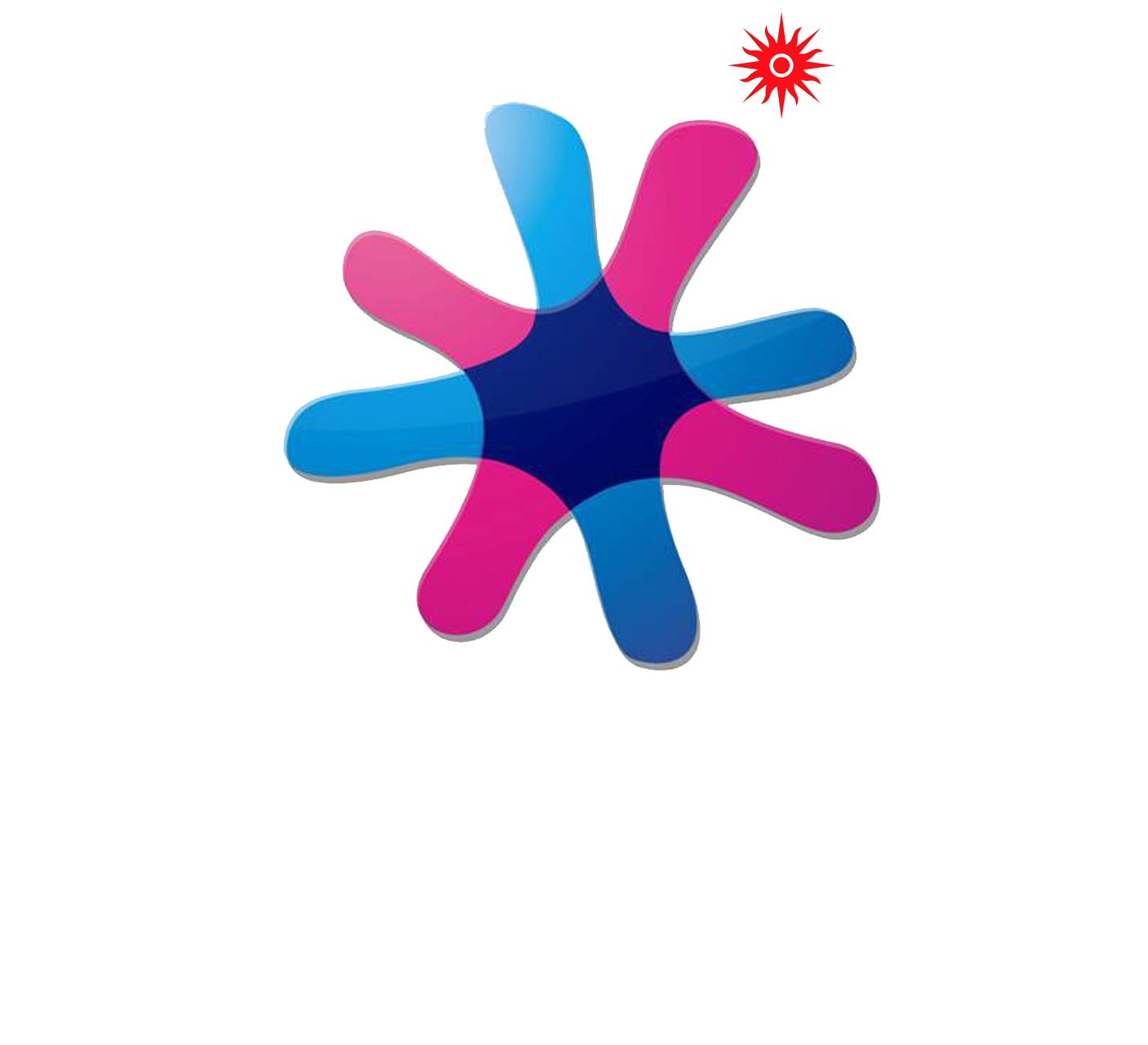 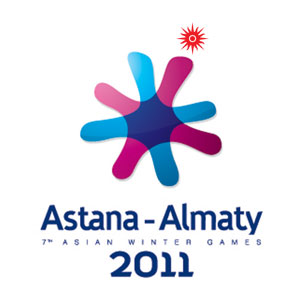 The Emblem of the 7th Asian Winter Games represents by its form the outlines of wheel of a nomadic bullock-cart, which is the symbol of movement and steady development. The Emblem has several meanings. One of them is an eight-point star in an invisible circle - an ancient sacred sign of light, creation and equality. The other meaning is a blue snowflake, associating with winter and winter sports.

The Emblem embodies a radiant energy of the sun, triumph and sports excitement. Unusual modern form of the Emblem displays the idea of freedom. A color spectrum of the Emblem is based on a contrast of cold and warm colors, which makes it active and reflects independence and integrity. Red color reflects vigour, passion for sport and aspiration for victory.

Blue color embodies peaceful sky, purity of snow and ice, and a spirit of fair play. The Emblem includes the bright sun in red, which unites under its shining rays the Asian people, spreads cheerfulness and harmony, and is the Symbol of the Olympic Council of Asia, representing its significant role in the development of sport in Asia.