This was the first time that the Philippines hosted the Games since its first participation in 1977.

The event was officially opened by President Ferdinand Marcos and the cauldron was lit by Benjamin Silva-Netto. The colorful opening ceremony was held in the Rizal Memorial Stadium in Manila.

A new football stadium and indoor arena was built in Pasig named the University of Life Track & Field and Arena or the ULTRA, now called the PhilSports Arena.

The adjacent apartments were used as the athlete's quarters and was converted into a BLISS housing project of First Lady Imelda Marcos Officially opened by Ferdinand Marcos President of the Philippines Torch lighter Benjamin Silva-Netto Ceremony venue Rizal Memorial Stadium. 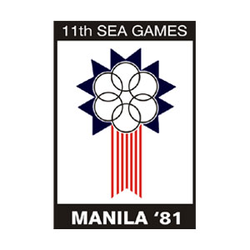