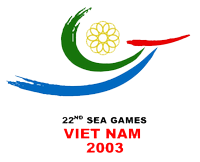 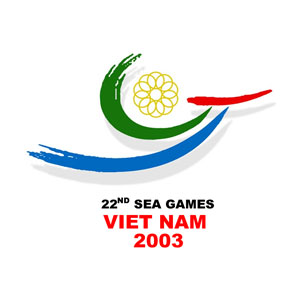 Painter Nguyen Chi Long inspired by the 22nd SEA Games logo is based on a legendary bird named "Chim Lac". The bird decorated the Ngoc Lu bronze drum, a typical antiquity of the ancient Dong Son Vietnamese culture. The Emblem is composed of harmonious and vigorous curves, creating a feeling of movement and strength which conforms to the Olympic Spirit: "Faster, Higher and Stronger". The colorful whirls represent the tough competitiveness in sports.

The 10 intersecting circles, the symbol of the South East Asian Sport Federation, are to emphasize the solidarity, friendship and nobility, which are highly esteemed by Vietnam - the host country of the 22nd SEA Games.

The games' hymn was "For the World of Tomorrow". It was composed by Nguyen Quang Vinh.