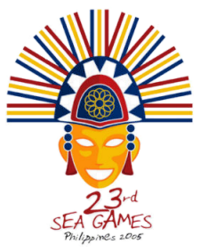 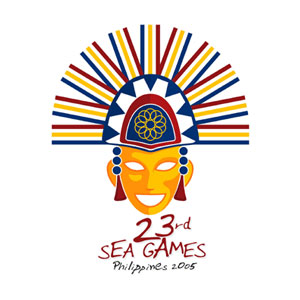 The 2005 SEAG Logo shows a festival mask similar to those found in most Southeast Asian countries. It represents the many different cultures that came together for the Games. At the same time the mask captures the exuberant spirit and hospitality of the Filipinos. The logo was inspired by the MassKara Festival held annually in Bacolod City, one of the satellite venues of the event.