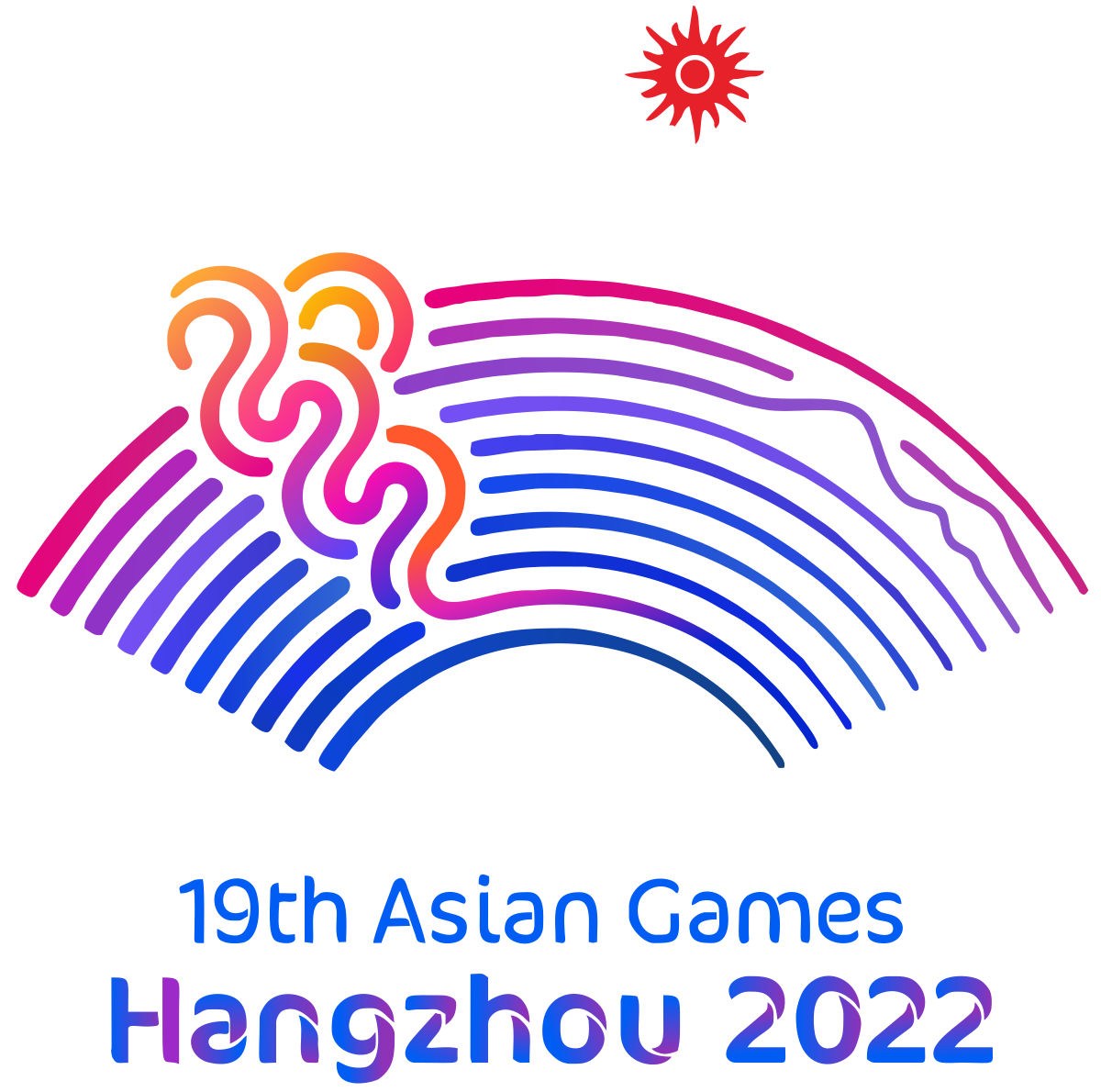 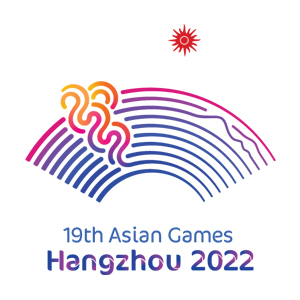 The entirety of the Emblem consists of two parts, the main motif and the lettering. The main motif comprises six elements, namely the fan shape, the Qiantang River and its tidal bore, the track, the Internet icon and the sun as the Emblem of the Olympic Council of Asia. Below the motif is the lettering denoting the Host City and the year of the Asian Games.

The fan shape reflects the cultural heritage unique to the southern regions of the Yangtze River; the track represents the competition in sports; the Internet icon embodies the strengths of Hangzhou in Internet business; The sun stands for the Emblem of OCA.

The Qiantang River and its tidal bore are the core el-ements of the Emblem Design. They are the spectacle of nature that evokes the vibrancy of sports. They not only depict the surging momentum of river tides, but also induce the association with human courage in riding the tides. Interpreted as both the momentum and courage, the surging tides have the implied meaning that the great cause of socialism with Chinese characteristics in the new era is gathering even greater momentum in Zhejiang Province.

On the Asian level, the surging tides are seen as the unity of the Asian NOC Fami-ly, marching forward hand in hand.