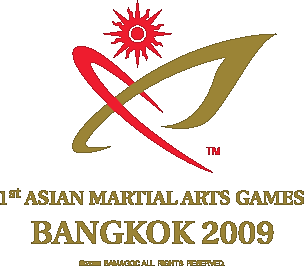 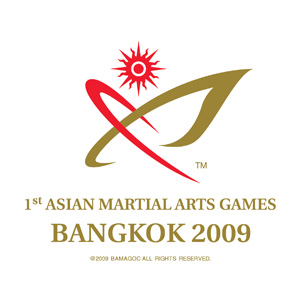 The emblem comprises the letter "A" which stands for Asia that would include the Asian countries and population as well; while the letter "M" stands for Martial Arts Sports.

The two connected letters are reflecting the meanings of modernity, activeness and simplicity; combining with the thoughts and cohesiveness of friendship and equality among the countries in Asia for the upcoming Martial Arts Games.

For the overall picture, it is a mixture of contemporary art, manifesting that Thailand is to act as the host of the Games.

Gold is the color of brightness of the Thai Kingdom and is the color for creativity and determination to organize the 1st Asian Martial Arts Games 2009.