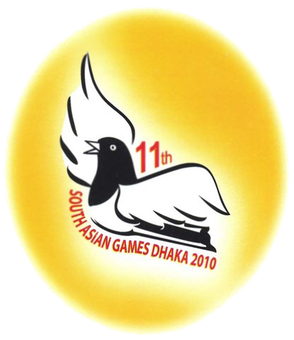 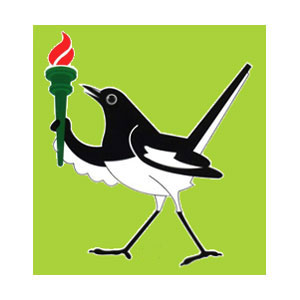 The executive committee of the Bangladesh Olympic Association on Tues-day approved the mascot of the 11th South Asian Games that will be held from January 29 to February 9 in the country.

Doel (Robin Magpie), the national bird of Bangladesh, has been chosen as the figure of the mascot. The Doel, holding the Olympic torch, will entertain the athletes of the eight participating nations during the 12-day regional extravaganza.It is the third time that Bangladesh is hosting the regional showpiece event after 1985 and 1993.

Mahmud Islam, a former student of Dhaka University Art Institute, designed the mascot.Prominent artist Mostafa Manwar had designed the 1993 meet mascot -- a Mishuk -- while a tiger's cub was the mascot of the 1985 meet.

The 11th edition of the meet will see highest 23 disciplines, with five disciplines cricket, golf, ushu, handball and cycling have been included for the first time.

Like previous two occasions the Bangabandhu National Stadium will be the centre attraction when athletes from India, Pakistan, Nepal, Bhutan, Maldives, Sri Lanka and new entrants Afghanistan and hosts Bangladesh assemble for the biggest jamboree of the region.