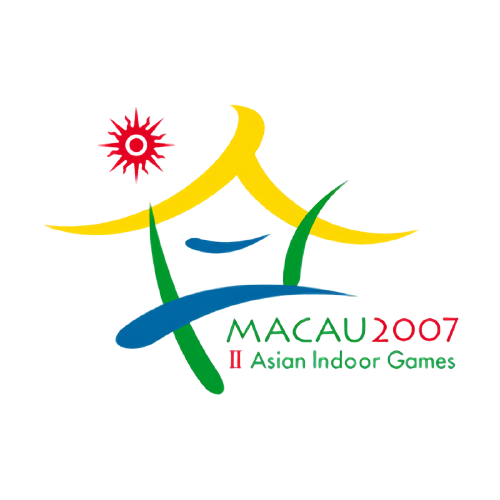 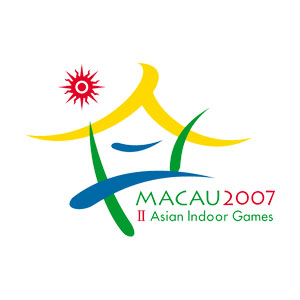 In the Official Emblem of the 2AIG, the Shinning Sun emblem of Olympic Council of Asia represents the ever-glimmering and warm spirit of the Asian people and OCA's vital role in Asia's sport development and cohesion.

The Shining Sun also symbolises the passion, charm and unity of Asia's people.
The design of the 2AIG emblem is based on two Chinese characters: the powerful yellow strokes form the character "People", reflecting the vigour, vitality and unity of all people involved in the Games.

Together, the six simple, yet powerful strokes produce an image of a house set on solid ground, signifying that Macao, a youthful and energetic multi-cultural city, will serve as a solid foundation for future Asian Indoor Games.