Tehran, the capital of Iran, played host to 3,010 athletes coming from 25 countries/NOCs, the highest number of participants since the inception of the Games. Fencing, gymnastics and women's basketball were added to the existing disciplines.

In addition to use of state-of-the-art technology, from synthetic track to photo-finish cameras, the Games were known for strict security measures due to reported threats from the Palestinians and a Japanese militant sect. Politics also played a major role. The Arab nations, Pakistan, the People's Republic of China and North Korea refused to play with Israel in tennis, fencing, basketball and football.

The Asian Games Federation conference, which was held ten months before the Games, decided to expel the Republic of China (Taiwan) from the games and accepted the entry of the People's Republic of China. 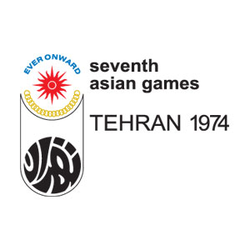